Hair & No Hair ! From one baldie to another

From one baldie to another

For women in particular, losing your hair is one of the worst possible things that happens with a cancer diagnosis. It seems like it should be the last thing on your mind, but trust me, when you are diagnosed with cancer, you loose your rationality. Things that matter, suddenly don’t anymore, and you may cling onto silly irrational worries; your mind can be your worst enemy. I’ll never forget staring in the mirror as I straightened my hair, only to have chunks come along with it, the buzzing of the razor and the clunk as it clogged and broke with long strands interlocked in it,, opps! It was a sunday evening, the All Ireland Hurling final broke the silence in the background. I closed my eyes, and held back the tears as the red locks coated the ground around me. I’ll never forget it. I’m the type of person that doesn’t dwell on something that just has to be done. I had to lose my hair to get better and that was that. I wouldn’t let sad, pitiful thoughts enter my head because at the end of the day it wouldn’t bring my hair back. That’s not to say it was an absolutely shitty thing for a twenty four year old to have to do. It wouldn’t matter if I was eight eight, it would still have been a harrowing experience. 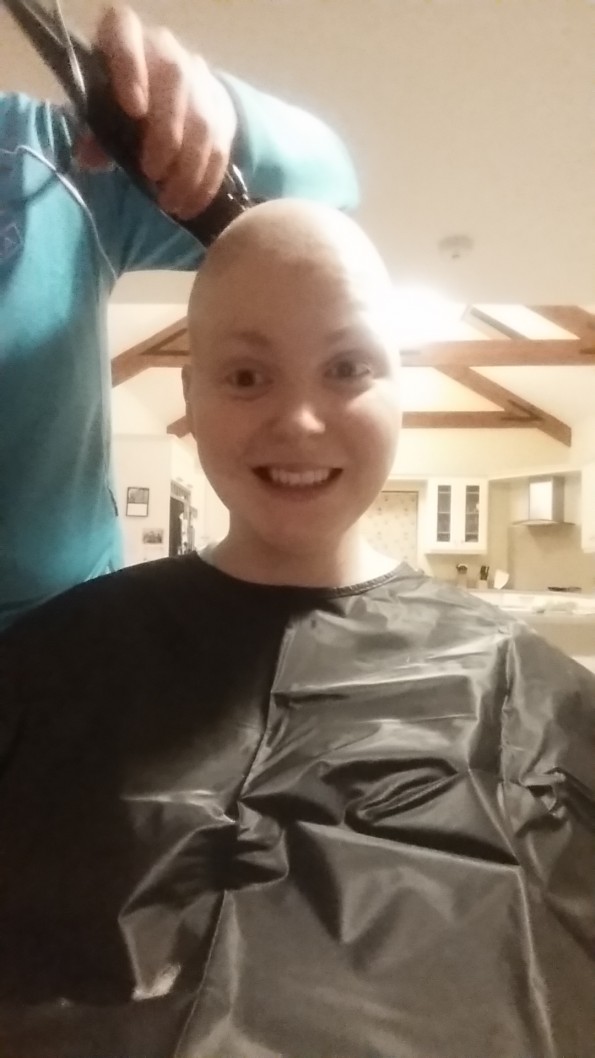 I’m lucky this time around, the chemo doesn’t cause hair loss, so I can get better without having awkward glances directed my way. You may wonder why am I writing this now, like a year and half after I lost my hair. Well because, I know there are so many men and women out there that have just lost their hair, are feeling that little extra beaten down, wish it would just grow back already. I’m here to tell you that HAIR GROWS!!!!! (you ever seen Sabrina the Teenage Witch and the episode where Sabrina tells Valerie to get her hair chopped and it turned out awful, but the moral of the story was that hair grows and everything will be okay in time). Here I am, living testament that everything gets a whole lot better!! 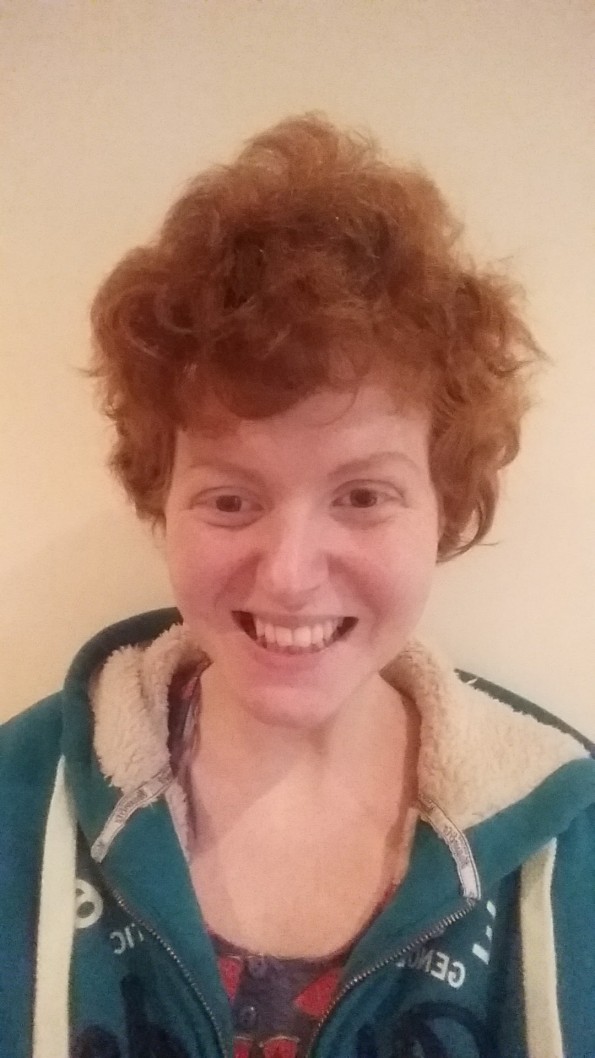 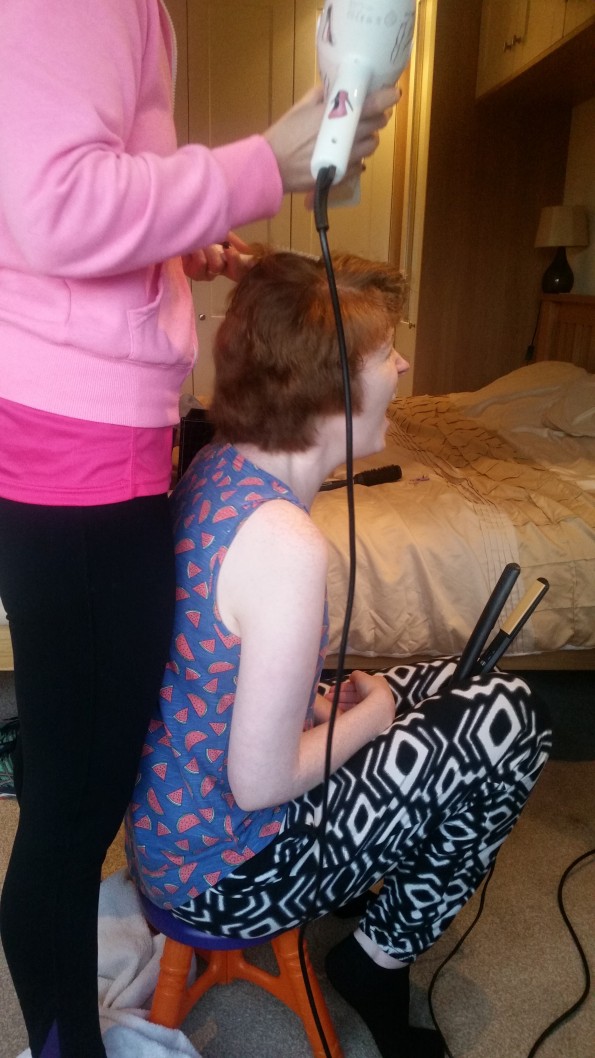 This time one year ago I had spikey, greyish, ginger hue on my head. A year on, I can just about flick it friends faces and annoy the crap out of them. It was a great feeling getting the curler out for the first time in years, and having to do my hair for a night out was a pleasure rather than an effort. Month by month, you will see an extra bit of length on it, and with that, you’ll grow into yourself. Like your hair, you’ll have bad days and be shocked by what you have just been through, and other days you will shine and glow. But never fear each morning you wake up, you are a little closer to your goal. I absolutely love my hair now. After a swim and blowdry, I have Diana hair, morning time I look homeless, on occasion it gets a lovely curl that makes people ask how I did it. It feels bloody fantastic. My first ponytail; ah I looked like I had a piece of fluff stuck to the back of my head, but it was my ponytail, my hair, mine mine mine. I’ll never take it for granted again. It’s actually at a length I prefer now, so I don’t think I’ll grow it long again. That was the old me, and I have changed in so many ways a replica of her will not suffice. As I write this now, I twirl a handful as i think what to say next. And this time last year, I was Spikey McSpikerson. So please don’t despair. What may seem hopeless to you right now, will soon turn a corner and you’ll be on your way again. You are beautiful regardless and hair can only add so much to the elegance you already have. So don’t feel shy. Embrace the baldie, it’s only physical proof of how feckin strong you are. But know, it won’t always be so bad. Don’t dwell, because you are swell.. (ah jaysus did I just say that). Things will always get better!!!!! 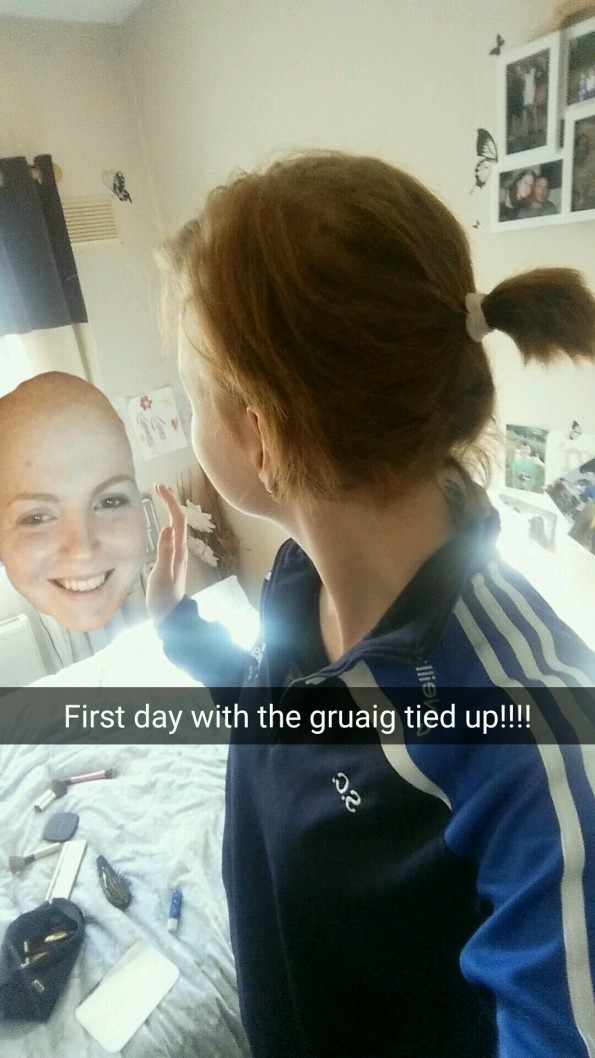 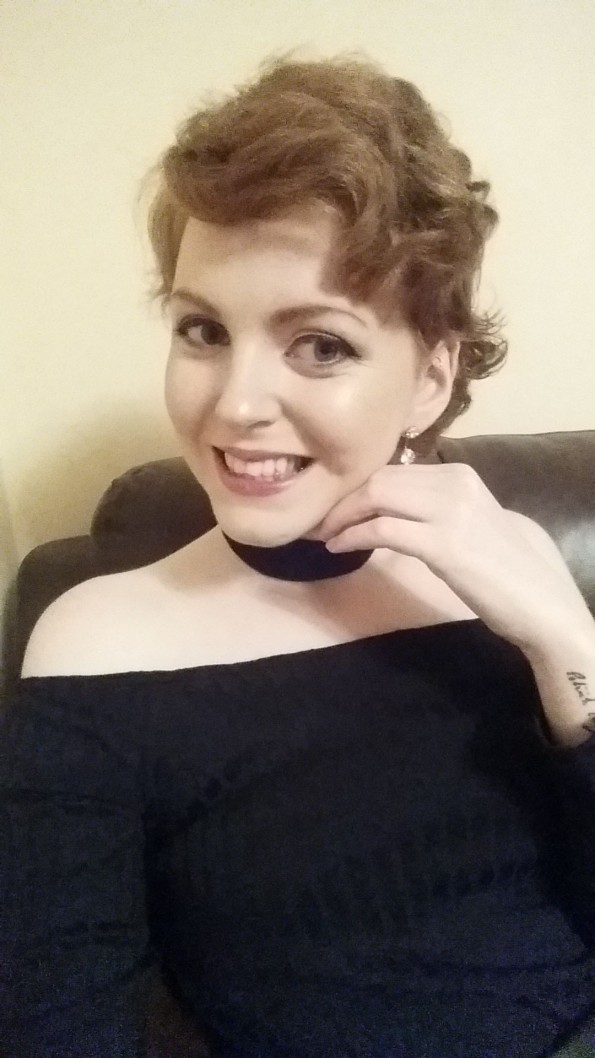