My Diary Today I feel… Grateful

Ah hello three month scan, I haven’t fret over you in a couple of months. But alas here you are again to torment my mind, and to add a note of melancholy to every action I take. I got my date for my scan a few weeks ago and from the moment I hung up the phone, the tedious exhausting thoughts began to creep into my mind. I wondered was it the last time I’d be on holidays without a death sentence, the last time I’d walk in the woods without needing an oxygen mask, Dramatic I know. It didn’t matter that I was climbing hills, swimming, beginning to make steps back to my life again- boom. Is my belly bloated? Oh jesus it is isn’t it! Is that a lump in my tummy? Oh fek it is. Oh no wait Sarah, you just ate a whole slice pan and three easter eggs. All of this because I had a date for my scan.

I spent a few nights in the hospital this week, a little service, fixing me back up again. So my doctor rearranged my scan while I was on the inside, it was going to be two weeks earlier than originally planned. I was delighted and terrified. It was mostly the fact I had to stay two nights in the hospital, which it torment for anyone (I travelled through every crevice of the hospital trying to get my 10000 steps in) but it was a hard stay. I didn’t particularly want to be there. I felt fit, healthy and happy- an oncology ward is not the place for you. The lovely porter collected me, always have a great laugh with him. He’s in a band, just back from touring with one of the original members of Gun’s and Roses. Anyway he’s a laugh, he calmed my nerves on that totally awkward trip down to radiology. Seriously, I pray that I don’t come across anyone I know, in my blue backless number and pale legs. Hey, at least I’m not bald anymore. Now that’s a sight! It makes things a lot easier when you are laughing all the way down or immersed in some random conversation. But before you know it, you are left at the doorway of radiology, and are out of cards to play. There is literally nothing you can do to change what this machine is going to show. It takes all of five minutes from beginning to end, but boy, the things you promise to the Gods, angels, the universe. I pray, probably seems stupid because I don’t pray that often, in fact rarely. But in those moments, you need something to hang onto, to grovel to, to promise you’ll change your ways, become saintly, change the world, become something that makes a good scan result worthwhile. By Jaysus, it’s a long five minutes, trust me! Also the stuff they inject into me makes me feel like I’m going to puke, as well as makes you think you are peeing yourself (no joke). So you are trying to make a deal with a higher level you don’t know if you believe, while trying not to puke, feeling like you are peeing yourself, all while holding your breath.. And ye are all giving out about work on a Monday!!!

I learnt not to look into the little side room that the radiologist sits in anymore. At the start I used to, but I tried to gauge their expression too closely. They are probably wondering what they’ll eat for lunch, confused between the salad they should have, or that lasagne they seen in the canteen, but all I see is a straight, expressionless face looking into a computer screen. I mean, what did I expect, balloons to fall from the ceiling, men in sombreros singing around me. Once a radiologist picked up the phone right after I hopped off the scanner. I was sure she was ringing the doctors to tell them the worst possible news, literally two seconds after the results had popped up, if they were even up.

Because I was already in the hospital, my team said they’d get the results back to me before I left to go home. I hung around for a bit. They didn’t know if the results would be back, but I was adamant that I would wait as long as I could for them. I wanted to know, I didn’t want to leave that hospital stuck in suspension, in the unknown. I waited, chilled with my earphones in, paced a little, went for a small walk, chatted to the other patients. I met the most lovely man. He’s from Donegal. He met me with a smile the moment I walked into the ward, had a fantastic laugh, chat, he was what gives you a smile on your face by just chatting to him. He got word that there was not much else further could be done for him. He’s on a last chance drug, one that even the doctors don’t feel hopeful about. How fucking shit. He has three lovely daughters, beautiful wife, still holds a glimmer of hope in his eyes. He hasn’t given up yet. So there I was, waiting for my scan result, wondering why should I be so lucky, and this man not? What would make me so much better than him? It’s tough when you realise that there isn’t much really is there. It is down to pure luck. That my out of control cells be tamed better than his. It’s a load of bullshit. I hounded the reg’s, SHO’s, nurses for my result. ‘Any word? Any word?’ They probably ran when they seen me coming. If I noticed any doctors in conversation, I believed it was about me, discussing the next course of action to take. I walked by the desk, seen the consultant writing in a file, convinced myself she was writing damning results. But darn it, it got to 5pm and if the results weren’t up by then, they wouldn’t be for the day. I trodded home, defeated, knowing I wouldn’t have a restful evening. I wasn’t due to see the doctor for two weeks, but I couldn’t wait. I felt as though I was going to get a call to come in next week, the secretary of course wouldn’t tell me the results and I’d have to spend the weekend thinking, thinking and then thinking a little more, but why would the doctor want to see me, only to give me bad news.

At 8am this morning, I text my liaison nurse to get an appointment next week. I had to make moves myself. If I made my own appointment, well then I couldn’t convince myself it was bad on the off chance I was asked to come in. I forgot about it a little. I wrote, read, went for a swim, tried to add routine to my day. And then that 01 number popped on my phone. The Hospital. Oh Crap…

I answered the phone preparing for the worst. I don’t really know why I felt the pressure so much this time. The last scan was fantastic so why should this be any different. It’s just easier said than done. It was my consultant herself. Oh crap, it must be bad if she’s ringing me directly. The conversation was quick, we didn’t have to get into the nitty gritty of it. But my scan is great. She’s delighted with it, I’m delighted with it. I’m responding great to the treatment. For that I am so grateful. Each day as it comes, each day I wake up ready to tackle it and better myself in someway is all I need right now. I’m starting back a couple of hours at work tomorrow so there’s a step in the right direction. Just be grateful for the small things. 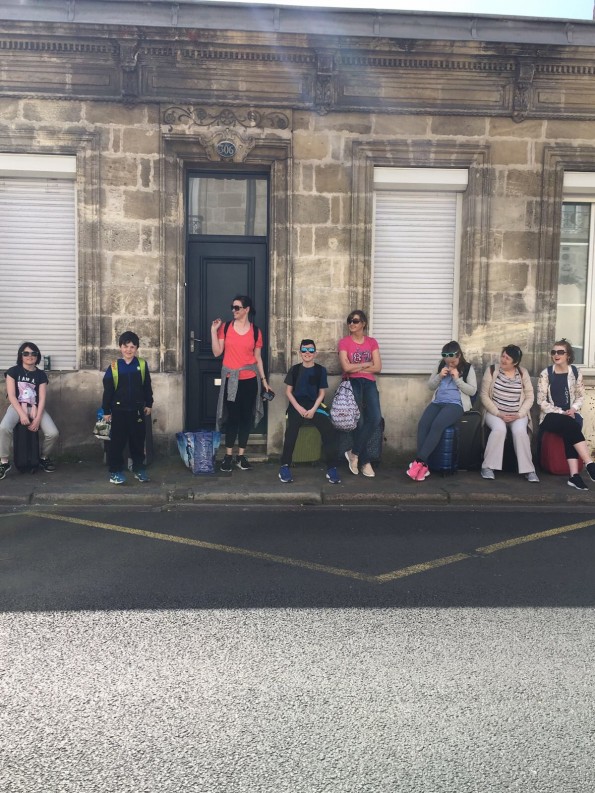 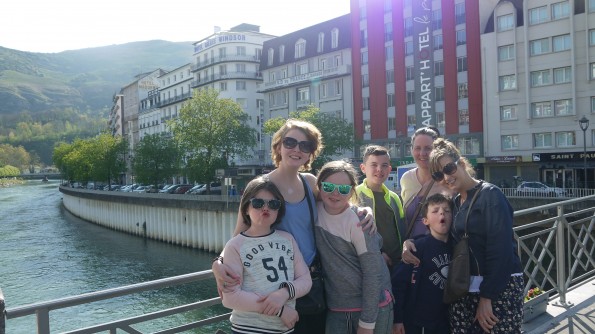 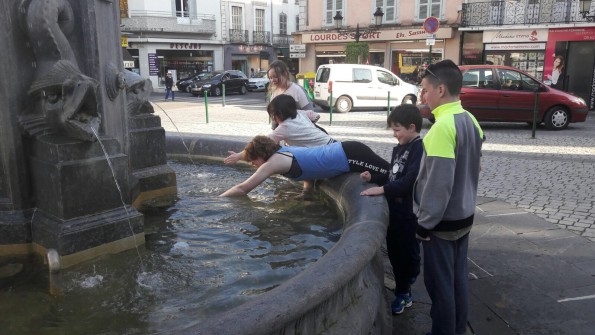