My Diary What’s another year

At this exact time last year I was coming to terms with the previous twenty four hours. Being told I had a massive cyst on my ovary, being told it would have to be immediately removed, alongside with my ovary. Ill never forget the doctor sitting by my side, holding my hand, signing my signature to a dotted line that allowed them to cut me open and half my chances of ever conceiving. I thought things could not get any worse; this was my big battle, my strife, my struggle in life. Oh no Sarah, you don’t escape that easy, you have Stage IV cancer, the carnage hasn’t even began silly woman.

The sprayer with the weed killer still lies in the same spot outside, the elements wearing away the outer plastic, from when Mam had just filled it only to rapidly forget about it when her child’s life was on the line. I get Facebook notifications each day, reminding me of what I did on that day each year. Sometimes I can’t look at them; it can hurt too much to ponder the carefree naïve Sarah, free from survival percentages, pink folders with files in it you don’t dare look at in fear of what you might read about yourself, being asked your PPS number/ employee number only to recite my hospital number. My future was momentarily robbed from me, for a time when I thought about my future a vast desert land came to mind, nothing there to fill it up because I didn’t know if there would be a further existence for me. Twenty four years of age, pretty horrific isn’t it. One day you are planning your trip to Thailand with your best friend and next minute you can see the pain in his heart radiate from his eyes when he looks at me, a shell of the person I was before. The big question is; do I wish it never happened to me? Not for one second!

Yes I can list off so many horrific, tear provoking details of the past year. But I can also tell you so many amazing things that I have experienced, which would never have happened if I wasn’t diagnosed with cancer. I got the chance to question my whole way of life. I had the opportunity to dissect how I spend each day and reevaluate the churning wheel I found myself trapped in. I broke the wheel, and began to change how I spent what little energy I had, both mentally and physically. I read a really good quote ‘The ultimate measure of our lives is not how much time we spend on the planet, but rather how much energy we invest in the time that we have’. I really thought it was a beautiful saying and I could especially understand it. I try to live by it now in everything I do.
I wonder sometimes what would life be like if I never got cancer, where would I be, what would I be doing? I don’t waste my energy thinking about it because I know that it could never be as fulfilling as where I am now. I realized that I have a massive passion for writing and would love to write a book, something that I never would have given myself time to notice before. I gained a lot of confidence with this blog and above everything else I have met some incredible people along the way, such strong people who are also dealing with the same ordeal as myself. My relationship with my family grew tighter and it even relaxed us a little more, living by my Mams famous saying ‘It’s only minor’. More importantly than anything is that I gained respect for myself, seeing what I was capable of doing showed me how to fully appreciate myself, which is something that a lot of people struggle with. The constant self- doubt I had before would have had a big impact on my life, socially, professionally and personally, but now I have finally learned to give myself a well-earned pat on the back when it is deserved. This positive attitude can only help me better each situation as it approaches.

I see things through a different set of eyes now. I describe it as something close to a vampire in The Vampire Diaries, where their emotions are heightened, they see things more clear and they feel things much stronger. Yes you might think that what I went through was crap but now I get to feel the grass under my feet and feel so grateful, hear birds sing and feel so grateful, have my sisters or friend buy me a gift, even if it’s simply a bag of crisps, and feel so grateful. I am just so thankful to be alive that I enjoy everything a little bit more. I ran the VHI Mini Marathon last week in 1hr 36 minutes. I was a little slower than usual because I had an upset tummy and before I would be so annoyed at that time but instead every step I took I was so grateful that I could walk. I think what gets me through life without the spite and the ‘why me?’ is the pure genuine gratitude towards everything I do have instead of what I don’t. Oprah Winfrey said ‘Be thankful for what you have; you’ll end up having more. If you concentrate on what you don’t have, you will never, ever have enough’.
This exact time one year ago I was lying in a hospital bed, unable to move with staples traversing my stomach. Right now what am I doing? I am sitting in my friend’s apartment in East Germany. We were at a party until 6am and am only out of the bed. Five months ago I couldn’t stand for longer than ten minutes at a time. So, I got to reunite with my friend, who I have missed dearly since meeting him in Sweden three years ago, I cycled a bike for first time in three years, my bum is so sore, I got to experience a new culture and make friends with such amazing people that I’ll never ever forget. What a difference a year can make ehy? It couldn’t be more perfect. Life is perfect! 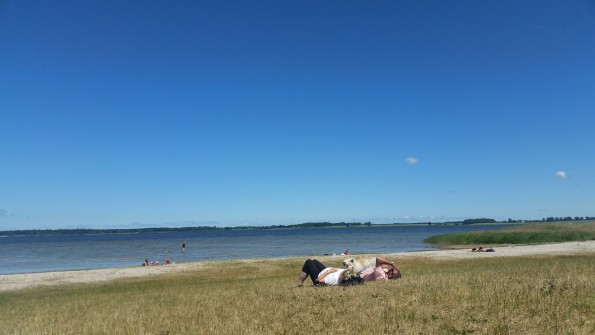 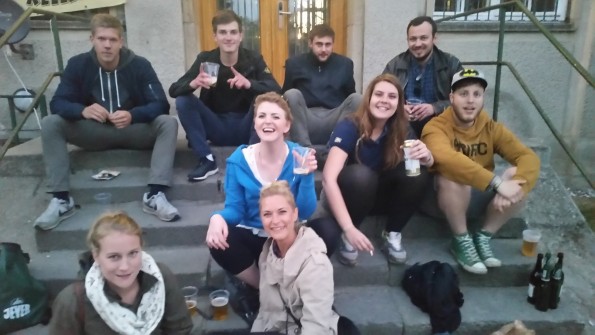 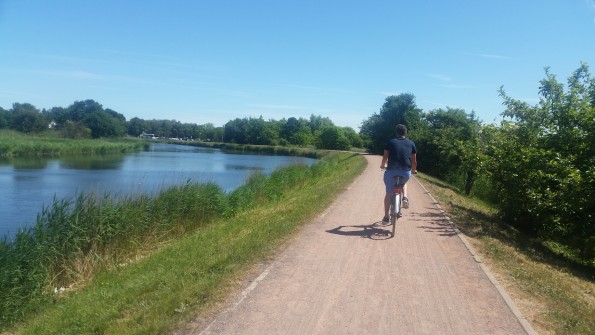 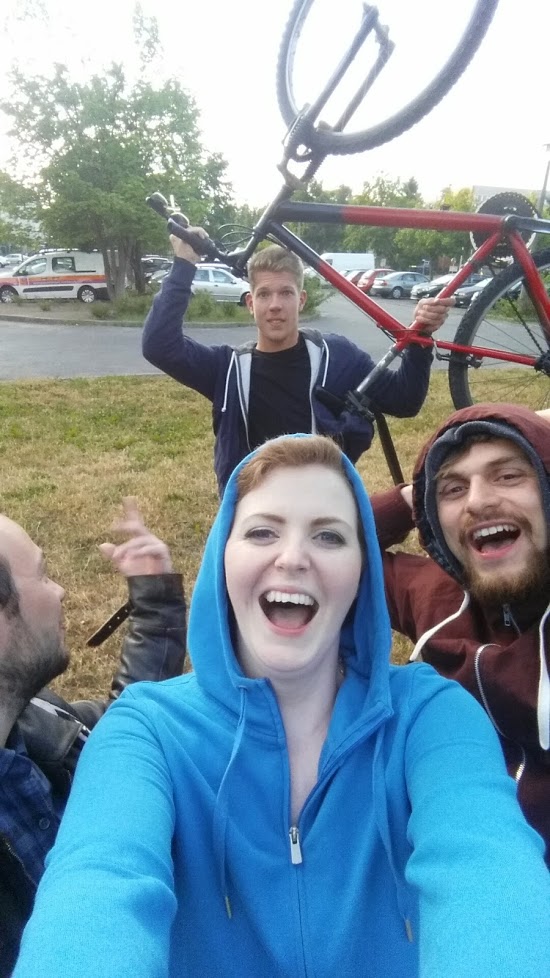