Nutrition It is time to talk nutrition

It is time to talk nutrition

Before my cancer diagnosis I wouldn’t have said my diet was bad. It was a typical woman’s diet who was conscious of keeping the pounds away. I tried to eat healthy but like all of us I loved to indulge in a take away or a slice of cake. I treated food more like the devil, dreading getting on the scales after a night out or a week of no exercise. I never ever thought abossut food once I had finished chewing. I didn’t care about what was in the food I was eating, the effects it was having on my body, as long as it didn’t show on my stomach afterwards. What about the worry of heart disease, cancer, type 2 Diabetes? Ah sure no diseases are connected to food, they just arrive one day out of nowhere. If I overindulged in fatty, sugary and processed foods I could just run it off the next day. I never thought about what else it was doing to my body, until I had a run in with cancer.

When I told people I had adapted a plant based diet, there was a mixed reaction. Most were supportive, and some peered at me incredulously, just not understanding why I would torture myself? I would answer by telling them I had done a lot of research on nutrition and felt it was the right way to go. What I wish I replied was ‘what would you do if you were diagnosed with Stage IV cancer in which your fate was dependent on a moderately successful drug? Torture to me doesn’t involve not being allowed to chomp on a steak. Torture to me is not being able to see the world, so if I must give up a couple of lamb chops for that it’s a no brainer’. 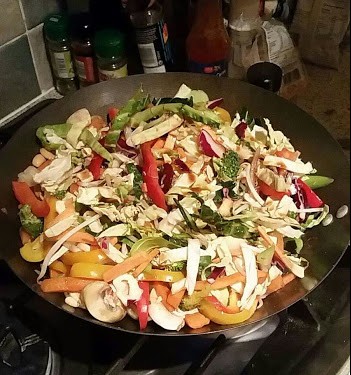 I always found it unbelievable even before I changed my diet when I read the Diet during Cancer pamphlet given to me during my treatment. It was suggested I keep my calorie intake up to a maximum to prevent weight loss, by whatever means necessary. Actually hold up, I just went onto the Irish Cancer Society web page there to check what they say. Whollaa, they have a section now on red and processed meats, stating they are a Group 1 carcinogen (definite cause of cancer). That leads me to explain how I decided to start this diet which involves absolutely no animal protein. This means no meat, milk, butter, cream, cheese, milk chocolate, cakes; basically anything with any animal in it. Yep you have read this and thought fek that, impossible I could never do that. Trust me one year ago I would have said the exact same thing, but when your back is against a wall there is very little you won’t do. 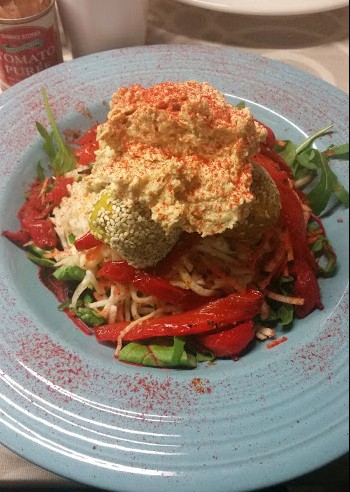 So ye basically my Mam is a librarian, and is always bringing me home books on this, that and the other. ‘The China Study’ by Dr. T Campbell had been floating around the house for a while; my sister had been reading it. This quite large, intense book includes studies on the largest nutritional study completed worldwide and proves how heart disease, diabetes etc can be reversed and prevented by a plant based diet. It also hits on home truths about the governments and lobbyists involvement in the food industry. I skipped of course straight to the chapter on cancer.  I felt as though I was back in college, I wanted to use a highlighter to study the entire chapter. It is an intense read but he basically exposed rats to aflatoxin (a known carcinogen). There were two groups. One on 20% animal protein, and other on 5% animal protein and without fail tumours developed in the rats on 20% protein and not in the lower animal protein diet. He could control tumour growth and reversal based on which diet he had the rats on. Now that’s a dumbed down version, my own fault, so I have a link here that thoroughly explains it. It has a lot to do with protein intake. https://www.cancertutor.com/china-study/.

It wasn’t until Mam brought home the book ‘Stop Feeding you Cancer’, that it truly clicked with me. Dr. John Kelly, a GP in Howth, received these studies before it was even made into a book. He was so amazed at the findings, and unlike any MD around at that time, he was willing to help patients apply the findings of the study to their own lives. With each GP patient afflicted with cancer he would give the option of following the diet plan. He would give the studies to them and if they liked what they read he would help them on this plant based diet, in coalition with their conventional treatment. His book ‘Stop Feeding your Cancer’ follows the stories of his patients following the diet. It was an eye opening read and what I especially loved was that it follows the stories of people in Ireland. Dr. Kelly’s surgery is based up in Howth. It wasn’t a crazy fabricated idealistic idea. The book followed real Irish people.

There I was, about to enter my last round of chemotherapy. It was an emotional time, a literal do or die situation. What if the chemo didn’t work? What next, I didn’t even want to know. The day after I finished the book, I decided, right it’s now or never. Mid December 2015 I gave up all animal protein. I immediately felt fantastic, but more-so mentally at first. Yes, I am finally in control of something. I am doing something to help my body recover, thrive and beat this monster. The first physical thing I noticed was that my hot flashes decreased from ten a day to at most one.  I am not a doctor but I feel myself it had something to do with my change of diet. I was still on chemo, should have been getting them like no-ones business and them bam, they stopped after a week on my new diet. I never looked back after that. 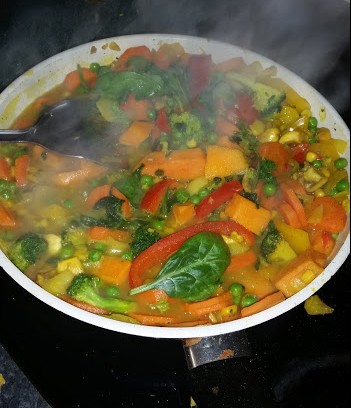 My attitude to food completely changed. I look at food now as a way to heal and I eat my meals based on what nutrition I can get out of it. I now eat to gain any little bit of goodness possible to help me get stronger and fitter each day (don’t get me wrong my downfall is still a bag of chips, if its cooked in veg oil, still bad I know). I found myself entering this whole new world that I had never/ didn’t want to contemplate before, because it seemed too challenging. My kitchen now is full of colours; red, orange, green, white, brown, yellow, purple. All different vegetables, fruits, nuts, grains, wholegrains, legumes create a whole different side to cooking, an equally delicious side at that. The idea that you need meat and milk to thrive is a massive misconception, and also one that a lot of people don’t want to believe. I follow a lot of people who are on the same page, that are finally spreading the word of the benefits of a plant based diet. I’ll put links below but some examples are John Robbins at the Food Revolution Network, Kris Karr, Chris Werk, Dr. T Campbell at nutritionstudies.org and Dr. Michael Gregor at nutritionalfacts.org, Dr Neil Bernard, Dr Dean Ornish, The Physicians Committee for Responsible Medicine. These people are just a few that bring light to a massive blindfold being placed over all of our heads. Plus have you noticed most of the people up there I mentioned are doctors. It took multiple studies and years upon years for government bodies to say Oh yes, smoking is bad for you and I feel it’s the same with nutrition. At the minute I feel we are in the middle of this haze, not wanting to come out of it and face facts that our diet has a massive role to play in diseases around the world. The American Institute for Cancer Research states that an estimated 340,000 cancer cases per year can be prevented with a healthy diet, physical activity, and a consistently healthy weight. There must be something to it.

My favourite part of the day is being in the kitchen, cooking up a storm, knowing that what I am putting into my body is pure goodness. When I was sick I didn’t want to know about this whole other side of life, thinking that I couldn’t be punished anymore and now I have to give up my quarter pounder after a night out, sound life. My first step at changing my habits involved becoming immersed in research studies and gaining knowledge. At the end of the day knowledge is power. Once I equipped myself with the intelligence to know what was good and what was bad for me, deciding what to put into my body became a lot easier. Personally for myself, I thought it would be negligent to continue to knowingly put bad stuff into my body. The biggest challenge I encountered when beginning this change in lifestyle was the constant need to defend myself to other people. I found it fascinating the hostility I would get from some people and took a while to understand their negativity.  I soon learnt to remember why I am doing this, why I am benefiting from this and that others resistance to change is their own obstacle to combat, not mine. 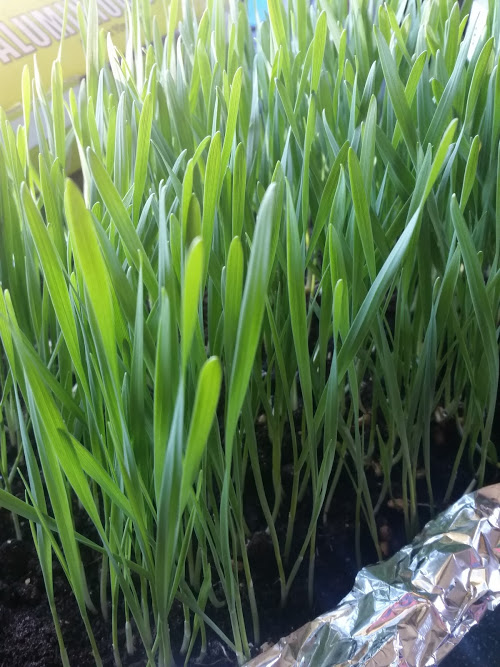 People that knew I was on this diet always asked why I hadn’t put this up on the blog yet. My reasoning was that I know how tough the treatment can be, how mentally and physically gruelling it could be. I did not want to put pressure on other chemo patients to feel they had to change their diet habits in the middle of everything. I am never one to force my ideas onto someone else, I am just going about my own business but now I am becoming more passionate about it I want to share all the information I have discovered along my journey.

Still suspicious? Down below I have left links to various bits and bobs that I hope will help convert all of you to take charge of your body and make wise nutritionally dense choices about what you put into that bod. I’ll start to put up recipes and tips that I find helps me lead a plant based diet in Ireland.